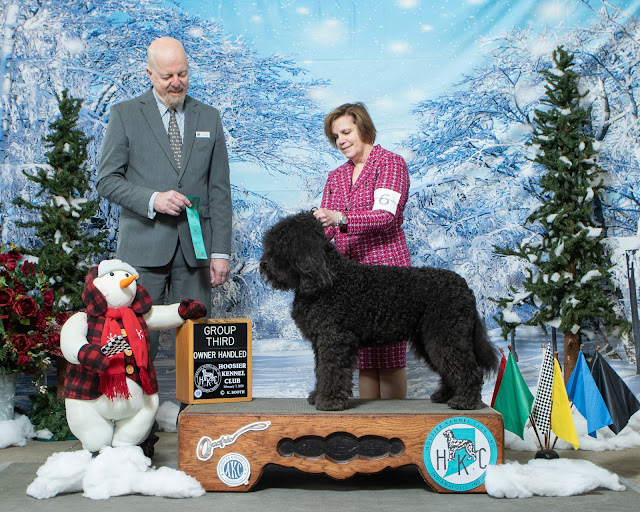 Our sweet and gentle Solene is the result of a complicated breeding of Claire with Bango du Pre de Redy via frozen semen from Switzerland. At her first show at 7 months of age, Solene won the Jr Puppy Bitch classes, Regular and Sweeps, at the first National Barbet Specialty in Long Sault, ON. She won her first UKC Best In Show at 10 months, and won Best In Show in a large AKC show in Washington, DC. Her first litter, sired by CKC/UKC Ch Neigenuveaux's Gambit RE, also a UKC BIS winner, resulted in 9 gorgeous puppies that live throughout the United States. Her son Hickory Tavern Secret Liaison CM is the first American born Barbet to win a Certificate of Merit, which he won by winning Best in FSS Show at his first three shows! Our Hickory Tavern Secret Entourage is a Canadian Champion, and UKC Ch Hickory Tavern Secret Garden is the #1 Barbet in the UKC. Solene's second litter was sired via frozen semen from The Netherlands using the gorgeous Nuphar's Four Leaf Clover. Our Flynn is from this litter. It also includes our Swedish export Hickory Tavern Wishing Well 'Penny' who has earned her second level Rally title at just one year of age! 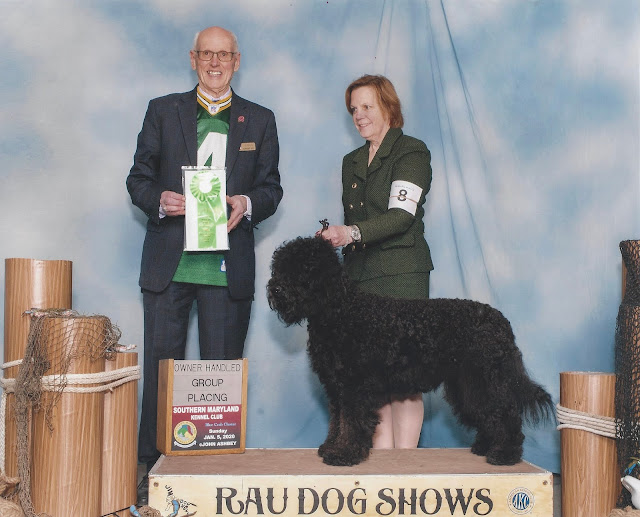 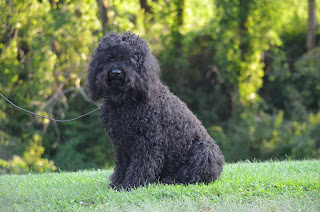 Flynn is the first Barbet female to earn an AKC Championship. She placed in the OH Sporting group at the first show of the year and is one of the top dogs in both the OH and Regular standings. Flynn also was the first Barbet to earn a Senior level dock diving title and qualified for the NADD Championship in 2018. She had her first beautiful litter in 2019, started field retriever work, and hit the AKC rings in 2020. Flynn is non-stop fun to live with. 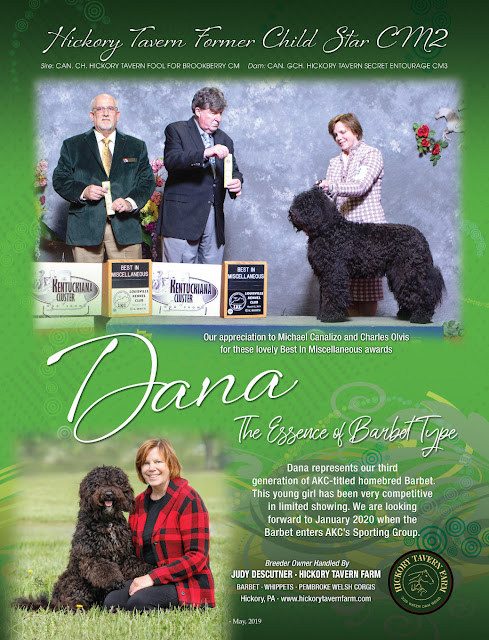 Dana has so much great substance, body, and bone and we are so excited to breed her in 2020. She is one of just 3 Barbet to earn a CM3 (with another being her mom, Marlee). Her personality is superb! Sound, silly, and spectacular -- that's our Dana. 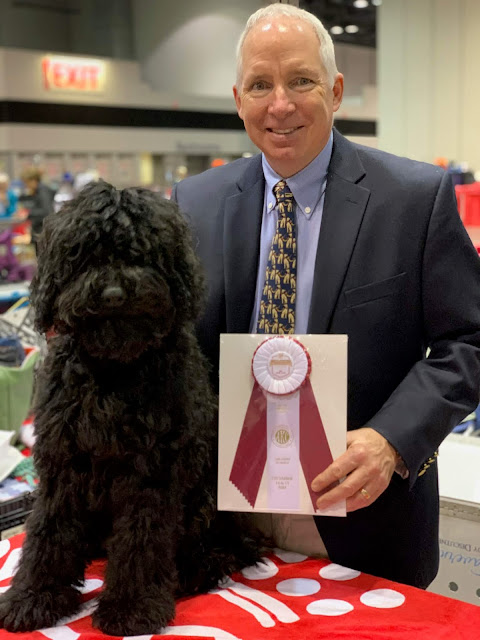 Jessa wasn't shown much in Miscellaneous but she won Best of Opposite at the AKC National Championship over a large entry of mature girls. We're saving her for later in 2020 or 21 when she's more mature. Jess is a happy go lucky girl.