This was an extremely special week for us. After waiting for YEARS for a puppy from Anne Bowes, we finally picked up our new puppy this week at her lovely bayside home near Cape Cod. This little guy is Roger, otherwise known as Heronsway Run For The Roses At Hickory Tavern. He was my favorite when we visited the litter in July, and as time went on, Anne felt that he was the pick male for us.

Less than 48 hours after arriving at his new home in Hickory, Roger went to his first dog show where he thrilled us by winning Best Beginner Puppy in Show at the Butler Kennel Club under judge Gay Kuehnel-Hisatake! Roger is sired by GCh Nchanted Concerto and out of Ch Heronsway Younger Than Springtime and we cannot wait to see what this little guys' future holds. 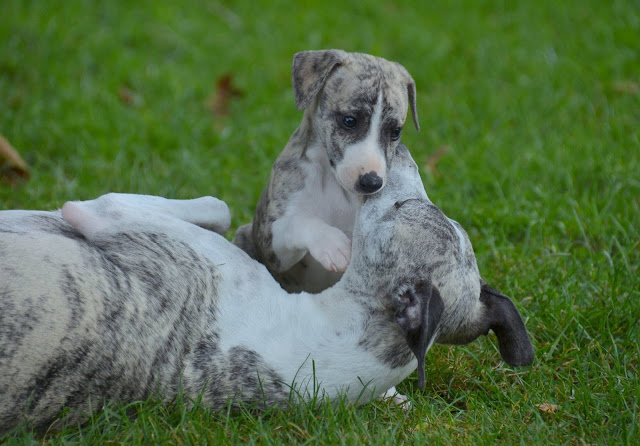 This is Calla with her boy Bruce. She loves playing with her puppies! 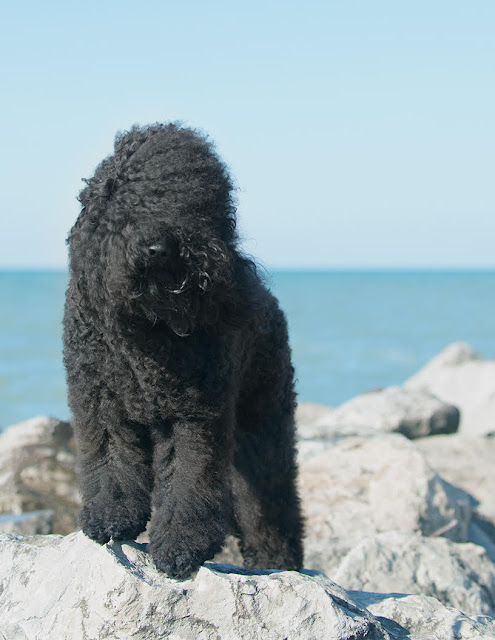 This beautiful dog is UKC Ch Hickory Tavern Finally Friday CM. "Alainn" is one of the Claire kids from her litter sired by Quaciendas Thunus Georgii. Alainn earned her Certificate of Merit this past weekend, becoming the 9th Barbet and the 4th Hickory Tavern Barbet to earn the CM title! Alainn is owned by Lynn Vogt-Kinsey and Leslie Woodward and is shown by Leslie. They have done a beautiful job raising Alainn into a wonderful show dog and super fun pet!