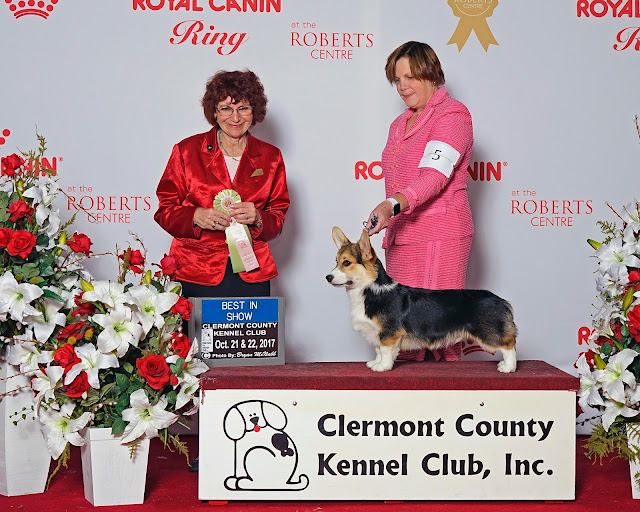 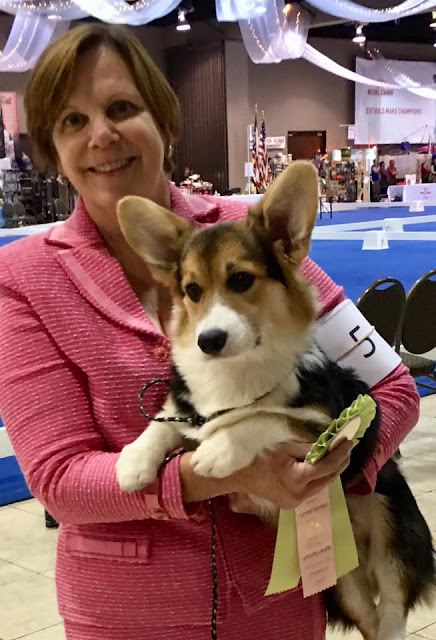 We have had an unbelievable weekend with little Roger. On Friday he won Best in Show at the Upper Potomac Valley KC in Cumberland, MD under judge Faye Zahorchak, then on Saturday he won Best in Show in a huge puppy show in Wilmington, Ohio under judge Wendy Willhauck! In his first 3 shows, he won 3 Best Puppy in Show awards! He also won his Certificate of Merit from the 4-6 month classes. What a thrill! Roger's baby puppy career is now over and we will be training for his debut in the 6-9 puppy classes in Florida.

Heronsway Run for the Roses at Hickory Tavern CM 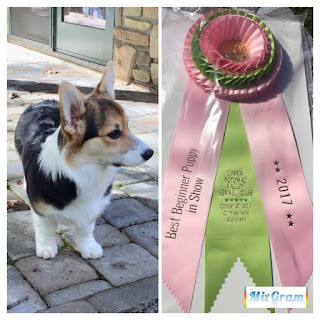 I spy a Grand Champion in the making! Congratulations! And you are looking wonderful in your great pink suit!