So Proud of My Friends

From Best In Show Daily by Billy Wheeler

"Our next two dogs are in two different groups, but come out of the same kennel. The Whippet, GCH CH Bo-Bett’s Speed Demon won the breed all four days in Louisville and made it all the way to the final ring on two days, adding a Hound Group Two for good measure. His kennelmate, the Italian Greyhound, CH Bo-Bett’s First Class, an 11-month-old wunderkind, won the breed all four days and scampered away with a Group Two on Day One with some of the most withering competition I have seen in the Toy Group in the past few years. Both dogs were bred and are owned by Carol Harris, 2010 AKC Toy Group Breeder of the Year. Ms. Harris has been breeding dogs for an astounding 76 years. Both dogs are shown with an extraordinary hand by Justin Smithey."

Demon also won the Hound group on Sunday of the Louisville shows. Congratulations again, Justin and Carol. Great job!!  Justin is going to be the owner of a Barbet in the future! 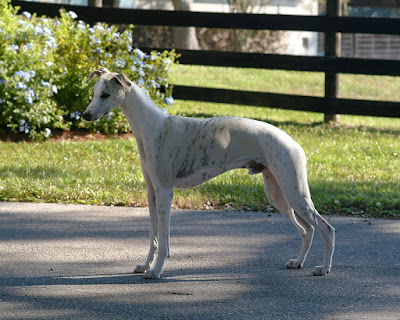 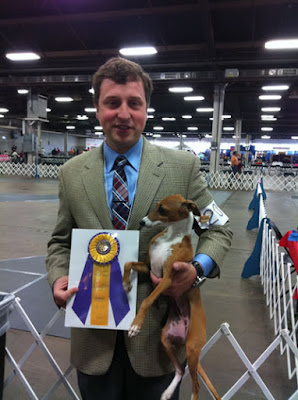